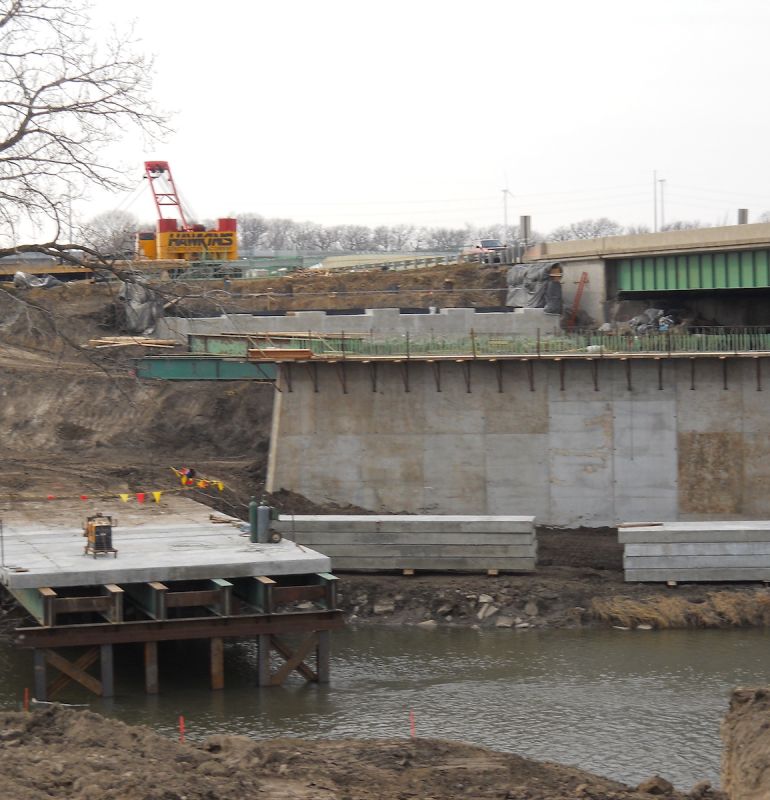 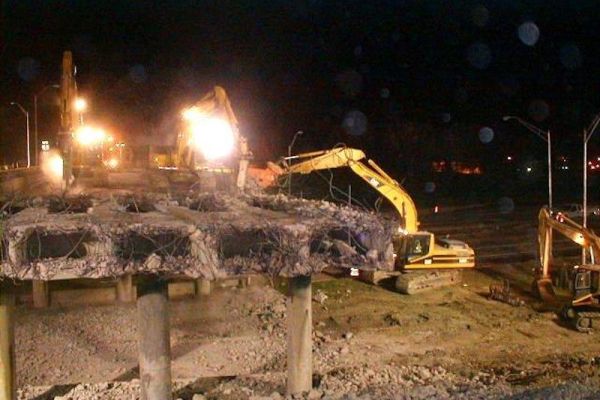 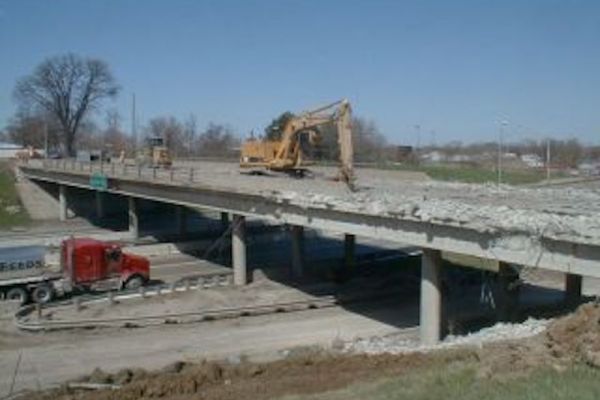 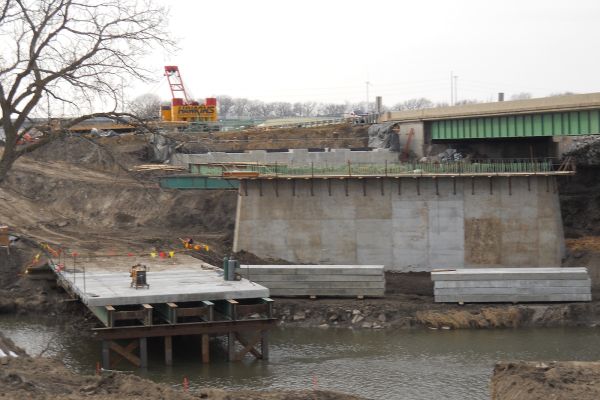 Planning the demolition procedures for bridges over I-235 was challenging in many ways. Interstate I-235 needed to be completely closed during the demolition and the Iowa Department of Transportation only allowed this for 12 hours (midnight Saturday to noon Sunday). The entire bridge superstructure had to be safely demolished and brought down during this time. Debris was allowed on the roadway below during demolition, but enough of it had to be removed to allow at least one lane of traffic to be open Sunday afternoon and all lanes of traffic to be open for the Monday morning rush hour.

The demolition procedure for the East 6th Street Bridge required 70,000-pound hydraulic breakers to sit on top of the bridge during demolition. The bridge was constructed of concrete box girders with integral slabs. The breakers demolished the slabs of the box girders and kept the sidewalls intact. The challenge was to safely support the breakers with the remaining portions of the box girders until demolition was mostly complete. The debris fell to a sand pad on top of the roadway below. Next the steel reinforcing was partially removed, and the concrete debris was scooped up and hauled away. After working all night, the bridge was successfully torn down to a point where just cleanup was required. The whole procedure was done in a safe, economical, and timely manner.

Tometich Engineering, Inc. also prepared demolition plans for some of the bridges that were demolished with explosives. The procedure was different in the regard that the bridge was imploded and dropped to the ground, then scooped up. Tometich Engineering, Inc. assisted the demolition contractor in proper placement of the explosives to accurately drop the bridge superstructure without incident. Again, the removal was accomplished in a safe, economical, and timely manner with minimal disruption to the key transportation corridor to Des Moines.